Recently, not only women but also men are increasingly getting rid of unwanted hair. There are various methods of so-called hair removal. This time, we will talk about medical laser hair removal using a semiconductor laser diode and the heat dissipation material used in these devices. 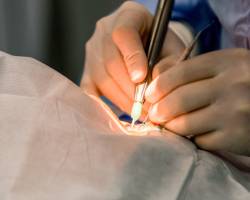 LASER is an acronym for Light Amplification by Stimulated Emission of Radiation, which seems to be difficult to understand, but it seems to mean light that has been artificially given some special properties.
We won't explain the details, but it seems to be called a cell-selective treatment because it takes advantage of the fact that "monochromatic light lasers are absorbed and reacted to by a substance", so when you emit a laser beam on it, the laser can react and destroy only that pigment and not the surrounding skin.
The absorbed laser converts light energy into thermal energy in the hair (when sunlight is collected with magnifying glasses, it recalls an experiment in which black paper gradually heats and flames up) and appears to be able to generate 65-70°C heat necessary for breaking hair cells and papillae.

We cannot explain the structure of the area where the laser emit, so please don't let us explain it.
Since the area where the laser is emitted is quite hot locally, and it is important to allow the device to radiate heat constantly when the laser is emitted, in order to extend the life of the device.
If there is a material near the LD (Laser Diode) chip that has a high thermal conductivity and has a similar coefficient thermal expansion as that of LD, it can serve as its heat dissipation. A.L.M.T.Corp. is actually manufacturers making materials that would help with such heat dissipation.

We were talking about medical laser hair removal. How was it? 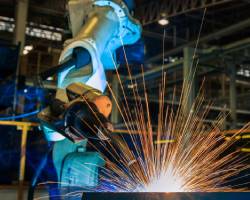 Other laser-based devices laser scalpels for surgery, and welding robots for automotive parts.
Please be aware that our heat dissipation substrate material is also used in these devices.