Function of heatspreader for hybrid and electric cars

Gasoline and diesel cars are installed the parts called radiators to cool the engine. In addition, for hybrid and electric cars, cooling of inverters is also very important. We would like to talk about our heatspreader is useful for cooling of an inverter.

In 1997, when Toyota Motor Corporation opened its hybrid car market ahead of the world, it was very sensational. A hybrid car is an automobile that has two or more power sources and is generally powered by an internal combustion engine and an electric motor.
Currently, domestic and overseas automobile manufacturers have begun to sell not only hybrid cars but also electric cars. 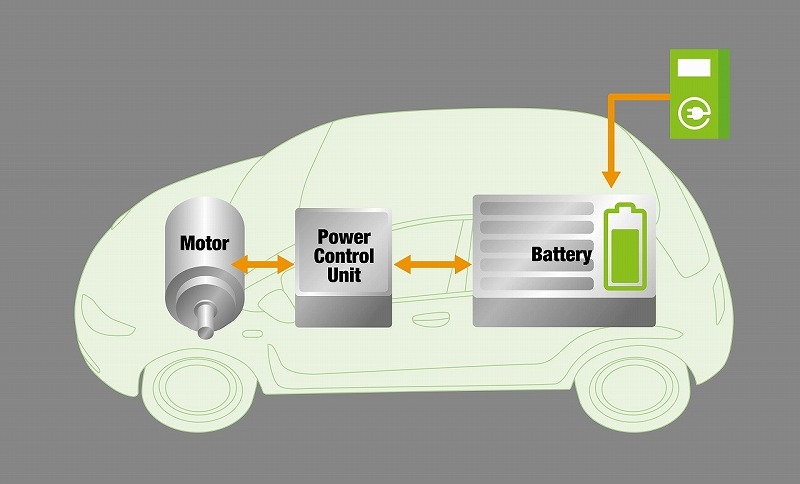 2. Function of the heatspreader in the inverter

Hybrid cars have realized significant improvements in fuel efficiency through efficient engine assist and the use of regenerative energy, and the heart of these improvements is called the inverter.

The inverter is in a harsh environment because it is installed in the engine room, and it is especially important to dissipate heat efficiently. heatspreader materials with thermal conductivity close to that of copper (Cu) and thermal expansion coefficient close to that of semiconductor materials are required.

We have developed Cu-Mo, a material that combines copper (Cu) with molybdenum (Mo), which has a low coefficient thermal expansion, and have responded to this requirement. In recent years, we have also developed magnesium-based Mg-SiC to meet the requirement for lighter weight.

Even if the use of semiconductor technology for automobiles continues to increase in the future, it will not decrease. Therefore, we expect to see an increase in the number of locations where heatspreaders will play an active role, and we hope to develop new materials and technicals to meet the various demands of our customers.


If you would like to know about our heatspreader product (heat-dissipating substrate materials), click the button below.