Diamond comes from the Greek word "adamas" (a thing hard to be conquered) and became “Diamond" in the middle of the 16th century. The Japanese name is Kongoseki. It is a mineral made of pure carbon, generally known as a gem. Because it is the hardest among natural substances, it is also used for industrial applications. 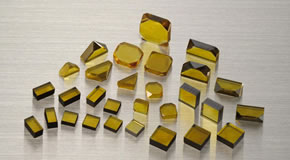 CBN is an acronym for “cubic boron nitride,” constitute of boron and nitrogen.

CBN has the high hardness of diamond. Compared to diamond, which starts oxidation at 700 ° C, CBN has a thermal tolerance up to 1,300°C , so CBN is superior for high temperature processing.

Comparison of Diamond/CBN and abrasive grain for general whetstones 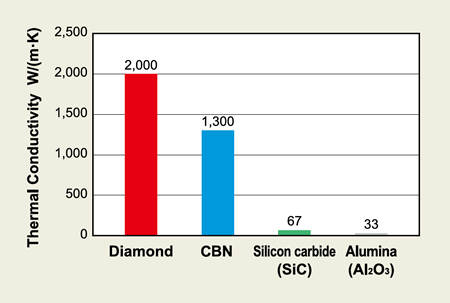 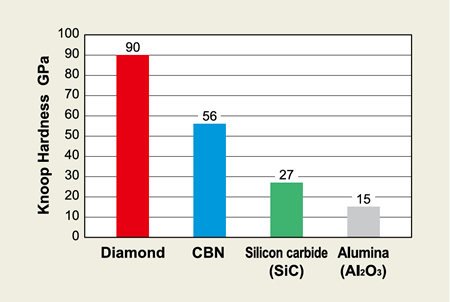